The Three Main Kinds of Endive 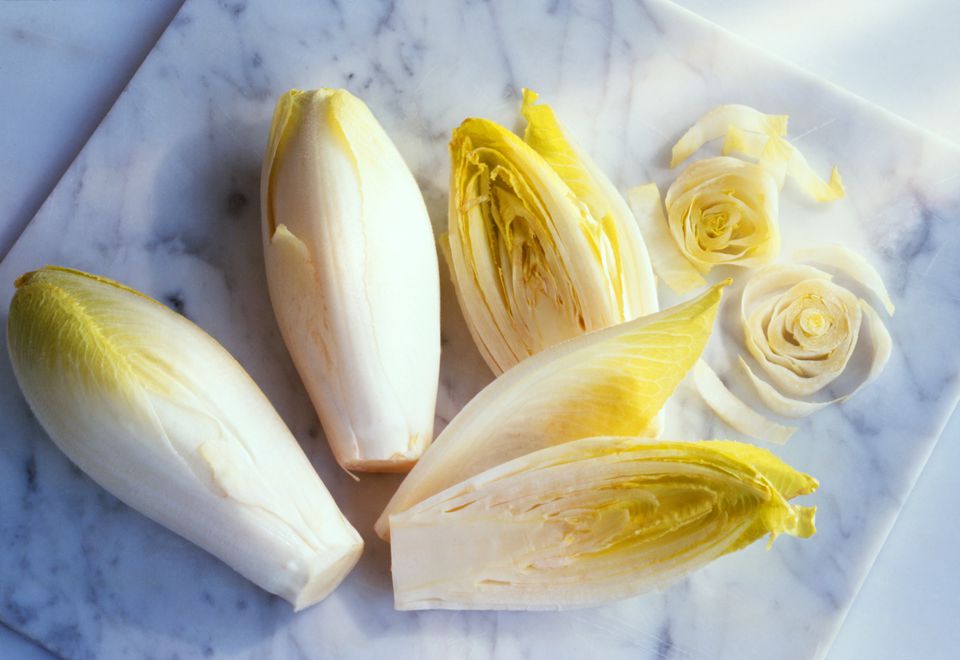 Posted at 11:00h in Plants, Uncategorized by Gray
Share

Article sourced from The Spruce Eats

The word endive is used to refer to the leafy part of any of a variety of bitter-flavored plants in the chicory family. The three main types used in the culinary arts are Belgian endive, curly endive, and broad-leafed endive.

Belgian endive is a small, cylindrical head of lettuce whose pale yellow leaves feature slightly curly edges. It is moderately bitter and grown just beneath the soil in dark rooms, much like mushrooms, to keep it pale and preserve its delicate flavor.

Belgian endive can be used in salads and also braised or baked as a side dish. The leaves can be separated and used as the edible dish for small appetizers or used as dippers. The compact heads of endive can be brushed with a vinaigrette and grilled, a good accompaniment for grilled fish.

A red-hued variety of Belgian endive is known as red endive or radicchio. Radicchio is the same species as Belgian endive but has red or variegated leaves, which makes it a favorite in salads to add color and flavor.

Curly endive, sometimes called frisée or simply chicory, comprises a bushy head of curly greens with leaves of a lacy texture. The slightly bitter flavor is more intense in the leaves that are a darker shade of green. It is often used in salads to add texture as well as flavor.

Note that in the UK, curly endive (i.e. frisée) is simply called “endive,” which can lead to some confusion as to just precisely what variety of endive is being referred to.

Broad-leafed endive is in the same genus and species as curly endive but is a different variant, and sometimes called escarole. It is less bitter than the other two, and the inner, lighter-colored leaves can be used in salads. The outer, darker leaves are more bitter and can be tougher, but are good to use chopped in soup and cooked dishes.

While it is easy for the uninitiated to seize upon endive’s bitter flavor and approach it as a defect, something to be remedied or eliminated, this notion very much misses the point of endive (if indeed a vegetable may be said to have “a point”).

The culinary arts, after all, have to do with balancing flavors, not eradicating them. Indeed, it is the contrast of flavors, more than the individual flavors themselves, that makes a dish truly memorable. You wouldn’t eat a bowl of ketchup by itself, but when it comes to french fries, it is indispensable.

Moreover, if red wine, coffee, or chocolate were stripped of all bitterness, many people would doubtless find that much of life’s joy had been stripped away with it.

Thus it is with the bitterness of endive. Bitterness is a feature, not a bug. Introduce it as a counterpoint to sweet and sour flavors, while also taking advantage of its unique texture and color. Be judicious in how much you use, but neither avoid it altogether nor seek to neutralize it.